Sinclair obtained a Bachelor of Science at the University of New South Wales, Sydney, and received the Australian Commonwealth Prize. In 1995, he received a Ph.D. in Molecular Genetics. He was a professor at Harvard Medical School. In 2004 Sinclair met with the philanthropist Paul F. Glenn who donated $5 million to Harvard to establish the Paul F. Glenn Laboratories for the Biological Mechanisms of Aging at Harvard. He founded Sirtris company focused on developing Sinclair's research into activators of sirtuins, work that began in the collaboration with Guarente. The company was specifically focused on resveratrol formulations and derivatives as activators of the SIRT1 enzyme; Sinclair became known for making statements about resveratrol. In the future, people will maybe be taking these molecules on a daily basis to prevent heart disease, stroke, and cancer Sinclair was also a co-founder of CohBar, along with Nir Barzilai and other colleagues. In 2018 Sinclair was made an Officer of the Order of Australia (AO) for "distinguished service to medical research into the biology of ageing and lifespan extension 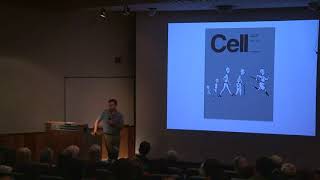 “NAD+ is the closest we’ve gotten to a fountain of youth,” says David Sinclair, co-director of the Paul F. Glenn Center for the Biology of Aging at Harvard Medical School. “It’s one of the most important molecules for life to exist, and without it, you’re dead in 30 seconds.” The goal of his laboratory is to establish new biological approaches that can be translated into radically different medicines to promote longer, more productive lives. 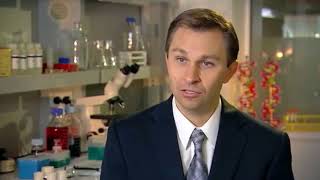 Dr David Sinclair is an Australian biologist and Professor of Genetics best known for his research on the biology of lifespan extension and driving research towards treating diseases of aging. His Lab's technologies are like in Sci-Fi movies. By practicing this kind of medicine people will live even longer and healthier. Academy for Health and Lifespan Research

HMS’s Sinclair discusses new nonprofit academy for work on extending the human lifespan. The academy has been for... The longevity sector is showing signs of being taken more seriously. PepsiCo’s top scientist is joining the fight... Anti-aging products from skin creams to chemical peels are part of a $250 billion industry, but scientists have yet to d...